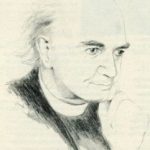 The Church is “the growing point where the upbuilding work of the Spirit proceeds most intensely” (51). This is where we should expect to see new spirituality and new humanisation. The Church is a foretaste of that “final community of the Spirit” which is the destiny of the world. (51)

The Spirit is a mode of divine Presence, drawing us forth, calling us to fuller humanity. “Presence” is a category with much weight for Macquarrie; it is equivalent, it seems, to “Holy Being,” which is how he refers to God in his Principles of Christian Theology. And Presence is mediated by symbols: it is the glory and depth that shines through ceremonial and sensory images. This is the departure point for the succeeding chapters. 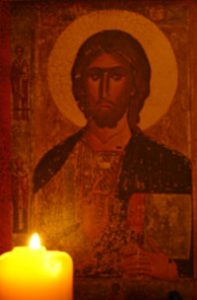 Think of God’s presence to Israel in the ark of the covenant, in the tabernacle, the Temple, and in the cloud, or shekinah. These were “focalizing centres where the Presence was experienced with peculiar intensity” (83). Christians also speak of Presence, usually in Christological terms as the Real Presence of Christ in the Eucharist:

“…the consecrated bread and wine become for us in a real sense our ark, our tabernacle, our temple, our shekinah, the particular meeting place where, having met Christ face to face, we can go out and perceive him in a thousand other places as well.” (87)

The Presence of Christ is a “personal presence”—a humanising presence focused in the bread and wine, although it is in and through the whole congregation and invoked also by the words of the liturgy. This seems to me to be much along the lines of the spiritual or mystical Body of Christ of which the bread and wine are, in the Anglican Reformers’ language, “effectual signs”.

As I have alluded, Christ is made present by the words of liturgy and scripture: yet Macquarrie is surely right to say that an unbalanced emphasis on the word (especially as text) represents “a post-Gutenberg mentality,” involving all the conceptualism that gave birth to the modern age. This is a distortion of worship, making it more about instruction than incorporation. (qv 59)

He also associates the word with “subjectivism”—for, it seems, scripture is susceptible of many interpretations. By contrast we find in the Eucharist, especially when it is celebrated ad orientem (east-facing), a strong sense that God is an objective reality (61). We perceive a Reality which does not depend upon my perceiving it. Here is the God of the universe who draws one forth, ecstatically, allowing for growth and transformation.

Macquarie predicts a return to sensory, non-textual symbols with the “emerging post-Gutenberg mentality of the age of television and electric immediacy.” (58) Yet in a supreme irony, some growth doyens in the 21st century think churches should resemble university lecture halls, with text thrown up on screens. 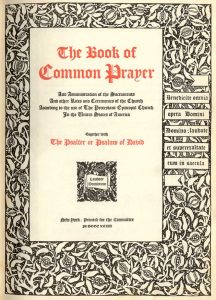 Macquarrie’s emphasis on Benediction is rather idiosyncratic for an Anglican theologian, although the rite was once used widely among Anglo-Catholics. For him, this rite (although it is always subordinate to the Eucharist) especially helps us to perceive an objective Reality beneath appearances, calling to us and drawing us out.

The doors of the tabernacle are opened, the Host is exposed in a monstrance and censed, and two great hymns of St Thomas are sung, O salutaris and Tantum ergo, honouring the ‘saving Victim’ who in his love comes to be with his people in ‘this great Sacrament’. Sometimes there is a period of silence between the hymns, or a motet is sung. …It is good for us just to let God soak into us, so to speak, and surely this does happen as we direct our gaze to the saving Victim and kneel quietly in his presence.

Secondly, the priest, taking up the monstrance, turns and makes with the Host the sign of the cross over the people. God is, again, an objective Reality prior to our perceiving: “God is always ahead of us, and our worship is response. He takes the initiative and comes to us, before we think of turning to him.” (101)

Thirdly, we respond with praise and thanksgiving; and we sing the psalm Laudate Dominum, thinking on that future time when the whole creation will adore. (101)

Like a starburst, Benediction is experienced as a momentary fullness. Yet the Presence of God may also be perceived through time, through the events of daily life: it is the Presence to which (or whom) past and future lie open. That is why the habitual recitation of the Daily Office is important. It imparts a “a creative rhythm which, though ordered, is liberating” (103). The Office integrates the diverse moments of life in a whole, and we come to a sense that life is a “polyphony.” The Office represents the “cantus firmus to which the other melodies of life provide the counterpoint.” (106, citing Bonhoeffer) We perceive “a divine order, an order of love and justice which embraces and underlies all order.” (104)

The Eclipse of God

Macquarrie ends on a plaintive note–the brokenness of the post-industrial West in which, he says, the vision of God has grown dim:

In the past, when the presence of God was obscured in conventionalized ecclesiastical forms of worship, men were often able to realize that presence in nature. But today one would have to say that nature, though in a different way, has become even more shop-soiled than Christian worship. The sky over our metropolitan areas is obscured by smog; the oceans defiled by oil slicks; the countryside littered with rusting remains of automobiles; the streams and lakes rendered dirty and lifeless through industrial effluents, pesticides and the like; the deserts criss-crossed by pipelines. (121)

But the trouble goes deeper still. We have fallen prey to ‘the consumer mentality’:

For such a mentality, life consists in getting, spending, having. It is an acquisitive mentality and becomes and aggressive mentality, exploiting without responsibility not only nature but other human beings. Yet in this very exploitation those who have such a mentality become themselves diminished in their humanity, for as they are dominated by the endless desire to have and to use and to consume they become less and less persons of freedom and dignity. (121)

The crisis of the West is spiritual. And in this situation we need more than ever disciplines which can help us to see and can bring us to fulfilment. We need, suggests Macquarrie, practices which, by symbol and silence and stillness, can evoke depth and unity—holy Presence.

Celtic spirituality could be an important model, he says. Not only did it emphasise the presence of God in all creation, but it looked for God in the daily round of life: “Getting up, kindling the fire, going to work, going to bed, as well as birth, marriage, settling in a new house, death, were occasions for recognizing the presence of God.” (123)

In our post-industrial age, we must be boldly awakened to the sacramentality of the universe: for “if only we knew how to look at life … all life would become a sign… all of life would become a prayer.” (125, citing Michel Quoist.) Or, in the words of Teilhard de Chardin, “nothing here below is profane for those who know how to see…” (125)