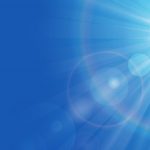 We hear again the story of the blind man, Bartimaeus.  It is the second healing of a blind man in Mark’s gospel.

The first was a couple of chapters earlier (ch. 8). You might know that story: Jesus takes a blind man out of the village, and puts saliva on his eyes (which was thought to have healing properties).

The scene ends with Jesus’ saying, strangely, “do not even go into the village!”   This might seem an inscrutable episode, like so many in Mark; but let’s try to understand it.

I believe a clue to its meaning comes in the second healing story (ch. 10) and, in particular in the name of the blind man Bar-Timaeus.  The name holds a secret.  The text positively bids us to see it, explaining that Bar-Timaeus means Son of Timaeus.  But who is Timaeus?  Adele Yadabro Collins’ significant recent commentary points out that Timaeus was a major work of philosophy, a dialogue of Plato’s written in the fifth century BC.  Is the name Bar-Timaeus an allusion to that Timaeus, a work well known in the ancient world?   Perhaps so.

Timaeus, like many of Plato’s dialogues, it is enacted—something like a play.  Timaeus is a character: he is an astronomer, a learned man, who among other things speaks about the nature of the universe.  Reality is twofold, he says: there is all the world that we can see by the light of the sun—and there is a depth dimension, which we cannot see.  There is an underlying logic and truth which can only perceive with our minds.  This is an invisible light.   It is a mystery which we are always trying to express in language, although we can never fully grasp it.

We can simply say that there is sight, and there is insight.

So, could this explain why the healing I’ve described happens in two stages?  Yes, I believe it does.  Jesus restores the man’s sight, passing his hands once over his eyes.   Now he can see by the light of the sun; he sees colour and form.  Yet his insight, his understanding, his language—that is still defective.  “I see people, they look like trees walking around,” he says.  So Jesus passes his hands over his eyes a second time, healing as it were his second sight: he heals his understanding.

To heal the understanding is most important for, as so often in Mark’s gospel, it is the corruption of our understanding that causes illness.  Satan works through language, especially the language of shame and accusation.  Consider: if you are told once, or twice that you are a problem—that will pass.  But if you are told for the rest of your life that you are a problem, you will internalise it; you will certainly believe it.

The correction of sight Jesus brings is to say that, no, you too are whole; you have a share in me.  He dispels interior darkness; he imparts inner light.

Now to our second healing—from this morning’s cycle of readings.  This one has something of a twist.  Bar-Timaeus is a poor man, calling out on the roadside as Jesus goes up to Jerusalem, Son of David, have mercy on me!  He has understanding, an openness of heart, which gives him a good connection to the invisible light.  His physical eyes only have failed.  So he recognises Jesus at once – “Son of David!”  He recognises his Christhood; and, remember, for the slow-witted disciples, it had taken a very long time for that light to dawn.

The disciples are fired up: leave the Master alone!  You see, here, the polluting language of shame and alienation, which keeps people unwell.  It is just the way the disciples greeted the little children whom parents brought to Jesus in their arms: away with you!  And, you will remember, Jesus says “let the little children come to me, for the reign of God belongs to such as these!”

But Jesus corrects them, calling Son of Timaeus, come!

You are whole; you have a share in me, too.

And that is his healing.  And, we read, he follows Jesus on the way.

So, I wonder, how are we involved in the language of shame and accusation, that corruption of sight which causes inner darkness?  It is a difficult question, so ingrained is it in our culture – in our language.

We can cry out for wholeness.

Hail, gladdening light of his pure glory poured
who is the immortal Father, heavenly, blest